July 28, 2012 12:20 am Published by Chuck Spezzano
It’s officially a 2 pen trip. The second pen just ran out of ink as I was copying some lines for a set of A COURSE IN MIRACLES cards for our Mastery Students and Trainers. It was a pen from my mother’s house that I cleaned out last year after her death. She was nearly blind and had many dozens of pens in all sorts of places. Every time I choose one of my mom’s pens I feel so close to her sending love and gratitude. I’ve been doing a lot of that on this trip with both my parent’s.
I just finished the first two books in Sean McMullen’s MoonWorlds Series. they were quite delightful. Good adventure, magic and humor. He’s an Australian writer and I look forward to the next two books in the series. The first book was THE VOYAGE OF THE SHADOWMOON. If you like fantasy and adventure I would suggest this author. Any author that makes me laugh out loud wins my attention.
A mystery writer that makes me laugh out loud is Janet Evanovich’s ONE FOR THE MONEY series. I didn’t use to read mystery until once after Lency was recouping and bedridden for a few days about 18 years ago I began to read to her the book she had been reading which was Janet Evanovich’s fourth book. It takes place in Trenton, New Jersey about twenty minutes from where I grew up in Bristol, Pennsylvannia so it is full of the back East humor and teasing that I know so well. Evanovitch is a very funny writer. Her heroine is a bounty hunter that is more of a Calamity Jane giving rise to all kinds hijincks  and madcap situations.She’s another of my favorite authors. 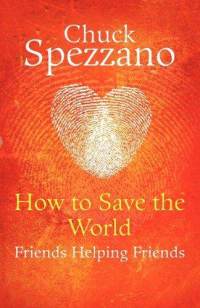 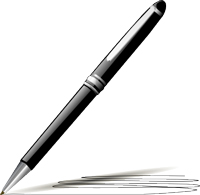 Get regular information straight to your inbox, fill out our form and select your options

For more information about a particular fund,

This website uses cookies to improve your experience while you navigate through the website. Out of these, the cookies that are categorized as necessary are stored on your browser as they are essential for the working of basic functionalities of the website. We also use third-party cookies that help us analyze and understand how you use this website. These cookies will be stored in your browser only with your consent. You also have the option to opt-out of these cookies. But opting out of some of these cookies may affect your browsing experience.
Necessary Always Enabled
Necessary cookies are absolutely essential for the website to function properly. These cookies ensure basic functionalities and security features of the website, anonymously.
Functional
Functional cookies help to perform certain functionalities like sharing the content of the website on social media platforms, collect feedbacks, and other third-party features.
Performance
Performance cookies are used to understand and analyze the key performance indexes of the website which helps in delivering a better user experience for the visitors.
Analytics
Analytical cookies are used to understand how visitors interact with the website. These cookies help provide information on metrics the number of visitors, bounce rate, traffic source, etc.
Advertisement
Advertisement cookies are used to provide visitors with relevant ads and marketing campaigns. These cookies track visitors across websites and collect information to provide customized ads.
Others
Other uncategorized cookies are those that are being analyzed and have not been classified into a category as yet.
SAVE & ACCEPT
Translate »